Skip to content
Number of materials available on the site: 11 795

The founder of the Research Institute is the «Union of Young Scientists and Specialists of Artsakh» NGO, the results of five-year activity of which have become stable prerequisites for the creation of a new scientific and organizational structure and the implementation of research activities in specific strategic areas. The Foundation’s Board of Trustees includes scientists from Artsakh, Armenia, and the Russian Federation. Four of them are doctors of science, five are candidates of science. Welcoming the members of the Board of Trustees, the initiator of the Institute and director, PhD in law, associate professor Avetik Harutyunyan spoke about the background of the Foundation’s creation, motives, goals and tasks, assuring that the Foundation will act primarily as a think tank with a mechanism for a strong connection between science and practice, the function of which is not only to conduct traditional, fundamental and applied research, but also to establish a connection, on the one hand, between knowledge and power, science and technology, and between other spheres of public importance on the other hand. Having defined these priorities, the «Artsakh» Research Institute will localize the experience of the world’s leading think tanks and solve specific strategic tasks. The Institute considers its mission to «develop science in Artsakh, implement results in areas of strategic importance for the country’s life, strengthen the Armenian statehood, and through science diplomacy contribute to increasing the recognition of the Republic of Artsakh and international recognition».

Chairman of the Board of Trustees of the Foundation, doctor of political science, associate Professor of YSU Khachik Galstyan, speaking on the necessity and importance of creating such an Institute in Artsakh, touched upon the issues on the agenda and suggested discussing and clarifying the strategic directions that are consonant with the Institute’s mission and goals. The scope of the discussion was the creation of a database of Armenian and foreign scholars dealing with the various problems of the Nagorno Karabakh conflict and activity of the Artsakh Republic, the targeted use of their capacity, research in specific areas (Armenian studies/Artsakh studies, regional, interdisciplinary), the preparation, printing and distribution of scientific-analytical and informative materials, organization of scientific conferences, seminars, round tables and scientific workshops, community problems of the Artsakh Republic identification, development of science diplomacy, collection and dissemination of electronic resources, mutual effective cooperation with Armenian and foreign research structures, think tanks, fulfilment of orders for research, analysis, consulting and development for legal entities and individuals, expansion of effective cooperation with entrepreneurs, public and charitable organizations, with medium and short-term planning of actions, which will provide the possibility to record tangible results in a specific time frame using clear mechanisms and tools. One of the upcoming important initiatives will be the creation of an official website www.artsakhinstitute.org and the foundation of the «Artsakh» publishing house, which will contribute to the implementation of the Institute’s strategic goals.

In accordance with its mission, the Institute attaches special importance to countering anti-Armenian propaganda and false scientific theses carried out by Azerbaijan at a high state level, implementing scientific and educational programs for young people on the Karabakh conflict, implementing research programs in the socio-economic sphere and security policy of the Republic of Armenia, creating and distributing trilingual (Armenian, English, Russian) content in the international scientific community and the Internet space, search for possible solutions to socially significant problems, etc.

Long-term planning will also ensure the trilingual publication of the «Scientific Artsakh» journal of UYSSA (4 issues per year at least), the creation of social science and scientific-analytical literature for the purpose of spreading and popularizing the achievements of Armenian studies (including Artsakh studies).

Maxim Vaskov, a member of the Board of Trustees, Doctor of Social sciences, Professor, made valuable comments and suggestions on the issues under discussion, expressing his readiness to implement his experience and knowledge in the Institute ‘s strategic goals realization, and being a scientist representing the academic environment of the Russian Federation, to contribute to the internationalization of the Institute and increase the awareness of Artsakh in all possible ways. According to the members of the Board, research works in academies and universities are usually summarized by theoretical and methodological discourses, which are often abstract in nature, far from the problems of the state.

From this point of view, it is even more important to create a foundation that will significantly fill the existing gap, especially in the context of international recognition of Artsakh, as officials in the state administration, usually being busy with current Affairs, do not have time to develop international problems in a methodological way. Therefore, think tanks fill the gap between ideas and actions. The organizational structure of the «Artsakh» research Institute was discussed and approved at the meeting of the Board. The Foundation will have the academic Council, Artsakh, regional and interdisciplinary studies divisions, the publishing house of the same title and scientific library, which will have a coordinated collection and in parallel with the Electronic library of Artsakh will contribute to the research with the priorities established. The first donors of professional literature were members of the Board of Trustees headed by Chairman Khachik Galstyan. Work will be carried out to diversify the sources of library replenishment.

On the occasion of the founding and first meeting of the «Artsakh» Research Institute Foundation Director Avetik Harutyunyan, Chairman Khachik Galstyan and members of the Board of Trustees were received by the Primate of the Artsakh diocese Archbishop Pargev Martirosyan.

Congratulating the Institute on its establishment, he gave his blessing and expressed his readiness to contribute in every way to the Foundation ‘s development and implementation of its statutory goals. 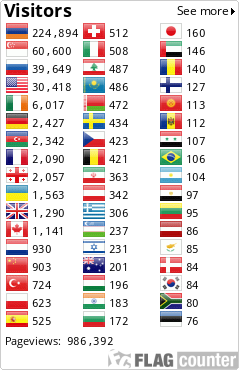